Shah Rukh Khan has confirmed Jawan, his next project after Pathaan. His fans will enjoy this action fanatics movie directed by Atlee Kumar. Beginning in 2020 in Pune & many other cities, the actor has started promoting the movie. Both Atlee and SRK are making their debut in this film.

They have just released the teaser for the Jawan title launch. Weapons, like knives and guns, are shown in the movie of SRK’s character. But it’s his ominous cackle at the very end that sends shivers down your spine. The trailer shows Shah Rukh with a seriously injured face that is bandaged and coated in blood. He’s on a mission with potentially lethal consequences. A female voice on the communications radio says, “Good to go, chief,” just as he is about to burst out laughing.

SRK posted a video to his Twitter account announcing the title. Among his tweets in 2023, the actor tweeted, “An action-packed 2023!! Bringing #Jawan to you, an explosive entertainer in cinemas 2nd June 2023.
In Hindi, Tamil, Telugu, Malayalam and [email protected] @Atlee_dir @RedChilliesEnt”

In a tweet, Atlee wrote, ” Feeling emotional, excited, and fortunate. I have always looked up to you but never thought I would be able to guide you, sir. Together with @iamsrk, I give you #Jawan, opening in Hindi, Tamil, Telugu, Malayalam, and Kannada on June 2, 2023.”

Feeling emotional, excited & blessed .
Grew up admiring you but never imagined that I would be directing you sir.@iamsrk & I proudly present to you #Jawan https://t.co/UsquV4MRC8
Releasing on 2nd June 2023, in Hindi, Tamil, Telugu, Malayalam & Kannada@gaurikhan @RedChilliesEnt

With Nayanthara & Sanya Malhotra, Atlee’s film is also getting featured soon in theatres. In the upcoming film, SRK plays two different characters. In the conclusion, when SRK is at the subway station, it appears that we see the back of someone’s head. Could that be Khan’s other role? Can’t wait to find out! The release date for the film is set for June 2, 2023.

Meanwhile, Siddharth Anand directs Pathaan for YRF. Both Deepika Padukone & John Abraham have important characters in them. The actor Salman Khan will make an appearance in the movie. The official release date of the film is set for January 25th, 2023.

In addition, it appears that a huge deal has been sealed for “Jawan” even before the film’s official debut. Reports say that Netflix paid a hefty Rs 120 crore for the online streaming rights to this film.

There has been no official word from the originators about this news yet. In a recent Instagram live, Shah Rukh Khan discussed the project and said, “There still is a long journey to go. Besides the fact that I am enjoying myself tremendously in my acting role in Jawan, there is not much else I can tell you about the film. It’s directed by Atlee, who makes films in a unique style. Everyone is familiar with his work. Again, he excels at a genre “I haven’t ever attempted: films aimed at a wide audience. As a result, I was eager to give it a shot. And I feel like Atlee and I get along well. I contribute some, and he contributes some, to the film. Everything we’ve done with Jawan so far has been fantastic and exhilarating”.

The release date for ‘Jawan’ has been planned for June 2, 2023. Several South Asian languages (including Hindi, Tamil, Telugu, Malayalam, & Kannada) will have their versions. In addition to this, SRK should also be appearing in the film Pathaan. Starring Deepika Padukone & John Abraham, Siddharth Anand directs this action comedy. Also, SRK has joined the cast of ‘Dunki,’ directed by Rajkumar Hirani and starring Taapsee Pannu.

Is Jawan available on any Over-the-Top (OTT) platforms?

Over the past three decades, Shah Rukh Khan’s name has been virtually inseparable from the Bollywood film industry. Fans are going crazy as his next films Pathaan, Jawan, & Dunki mark his big screen comeback after a lengthy absence. While audiences were watching Ek Villain Returns, a teaser announcing that Shah Rukh Khan would be appearing in Atlee’s film Jawan was shown. A video of the Jawan premiere’s ecstatic audience clapping and chanting for Shah Rukh Khan & Atlee has gone viral on social media.

A clip from Jawan, which featured Shah Rukh Khan in his wounded guise, was shown before the premiere of Ek Villain Returns in theatres. It was Atlee & Shah Rukh Khan’s first time working together, thus the crowd went wild when the teaser announcement played. Twitterati responded to the video when it was widely distributed online. The Jawan teaser was played in multiple theatres, and fans of the film have been sharing recordings of the screenings online.

One of the audience members posted the teaser & wrote, “Kya Baat hai. The teaser for SRK’s upcoming film, #Jawan has caused the masses to go crazy. There is a sense of history in the air there. Imagine the excitement and the buzz about this movie in large public spaces. @Atlee dir, I’d appreciate it if you could put this to use.”
Another devotee of Shah Rukh and Atlee posted the video on Twitter with the caption, “If you want goosebumps today, all you need to do is watch this film of audience members responding to the #Jawan Teaser Video in the Malegaon Mohan Theatre. And to demonstrate that the frenzy around Shah Rukh Khan in blobby roles has never been seen before and cannot be matched by his colleagues in the industry. 2023.” another fan said, “It is #Pathaan who can save all of Bollywood if anyone can. In the 1990s, Bollywood was fully submerged until the arrival of #SRK, who possesses a quality that only #ShahRukhKhan possesses. Nobody has this quality. The hour has come once more, and #ShahRukhKhan will rescue Bollywood #PathaanJawanDunki.”

Most Frequently asked questions by the fans of Shahrukh Khan –

When is the movie ‘Jawan’ going to be released in theatres?

The film “Jawan,” starring Shah Rukh Khan, is scheduled to be released on June 2nd, 2023.

Who plays the roles in the movie ‘Jawan’?

Shah Rukh Khan is playing the lead role in the movie “Jawan.”

Who is the director behind the camera for the movie “Jawan”?

Atlee Kumar is the director of the film “Jawan.”

What is the Genre of the movie ‘Jawan’?

‘Jawan’ belongs to the ‘Drama’ category.

Which languages will the ‘Jawan’ movie be available in? 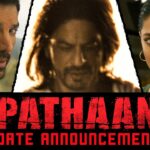 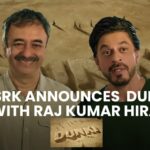 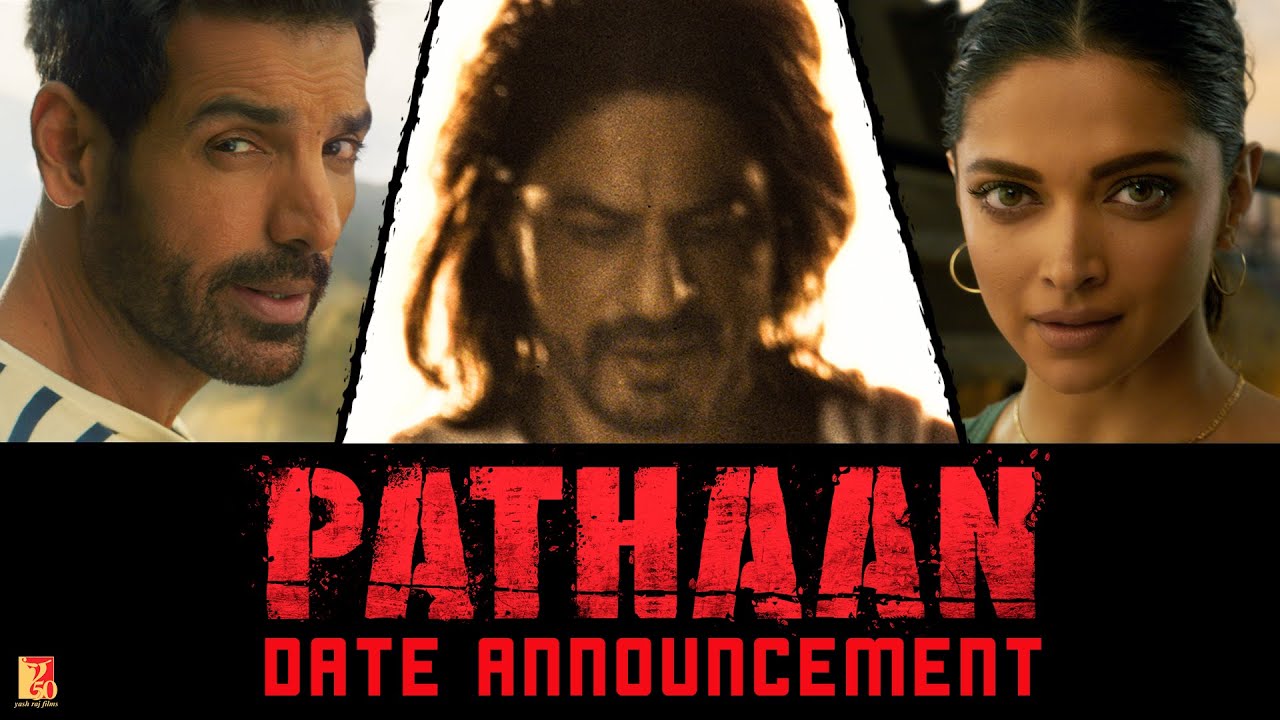 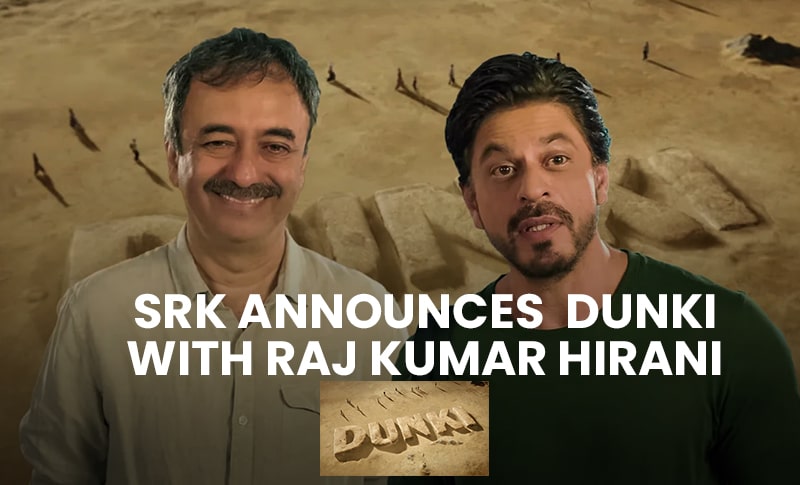