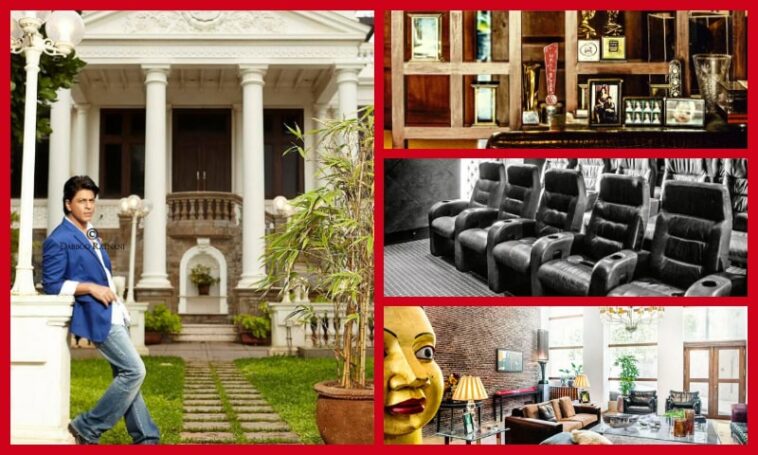 The king of the Bollywood industry, the legend, Shah Rukh Khan is a very versatile actor. In addition to being the richest actor in the world, he is one of Asia’s most famous personalities. It’s his unique way to carry himself that makes him stand out.

‘India is famous for its love for its stars’ is now a cliché. It hasn’t quit being true, as with all clichés. Because of this, the lives of our Bollywood stars are constantly under examination.

Just as with his style and acting, his house is a beauty on its self. His Mannat house is a glorious and marvelous picture of his style, fashion, nature, and status. The Mannat Shah Rukh Khan House is something of a great talk and deal. Well, everybody knows about it yet there are some things that people are eager to know about Mannat SRK house.

Shahrukh Khan’s Bungalow: A Look at Its History

A 3-bedroom sea-facing condo in the Shri Amrit Villas on Carter Road, Bandra West, Mumbai, is where SRK & his wife Gauri Khan began their lives in the city.

At the time, he was working on the film “Yes Boss” when he noticed the Bandstand neighborhood mansion. When he saw this enormous property, he immediately added this to his list of things he wanted.

Kekoo Gandhy, a Parsi, was the previous owner of the property, which was then called Villa Vienna.

At the time of purchase, Mannat was valued at 13.32 crore (about $13 million). Based on the cost of 43,000 per square foot for an apartment in Bandstand Bandra, it is safe to assume that the value of Shahrukh Khan’s home in Mannat is approximately $132 million.

But that’s just the going rate in the market. Mannat, a sea-facing, six-story heritage structure in one of Mumbai’s most affluent districts, is almost certainly going to be more expensive.

At approximately 200 crores, Mannat is the actor’s most costly possession due to its lush landscaping, French windows, & cutting-edge infrastructure.

The mega-celebrity is frequently spotted outside his residence as Bollywood fans from around the world stop by to take a picture or simply to see him. Let’s know some quick details about the great Mannat house:-

Altogether, the inside of Mannat house is lavish and fantastic.

Have you ever wondered if the extravagant house entrances featured in Indian television shows are real? They certainly do.

In an article with Vogue, Gauri Khan remarked on the mansion’s regal façade, “we wouldn’t change it for anything else in the world.

Mannat’s Drawing Room – With a Nod to European Style

The drawing room is a royal yet peaceful environment thanks to a unique mix of designer neoclassical features, Italian architecture, & artifacts collected from all around the world.

As a result, it bears a striking similarity to the palaces depicted in the epics of the past. The area is decorated in bright yellow and golden tones, with hefty chandeliers, double swag drapes, & life-size canvas paintings bringing a sense of history to this home.

Amid the vivid colors, a few properly placed flower pots give a green splash that instantly attracts attention. Mannat mansion interior décor is a living testimony that nothing classical goes out of style.

It’s safe to say that Gauri Khan wields all of her power and grace to govern the mansion. With no expense spared, she has focused only on the inside of this house to transform it into a beautiful yet welcoming haven.

There is no doubt about the splendor of the living room in this home’s interior. The living room, in contrast to the refined elegance of the drawing room, has an intentionally unpolished appearance.

The brick-red undertones give it a classy look while still making it fashionable. It represents King Khan’s secret comforts buried beneath his extravagant lifestyle.

It’s a bright spot in the sky, thanks to a large skylight that’s implanted in the roof. Mannat’s living room offers a unique perspective on interior design thanks to the clever use of available space.

The ultimate transition from cozy to elegant, the walk-in closet

Walk-in closets have long been considered a girl’s dream come true. Over the past few years, Gauri Khan’s walk-in wardrobe has undergone a major metamorphosis.

A room-sized closet made to look like wood, as seen in the first image, was the inspiration for her 2015 design.

This area is tailored to the needs of the pair, complete with a massive dressing table featuring thick carved edges, an elegant chandelier, cabinets, & open-framed shelves.

Bollywood has brought a slew of A-listers to the country and lavished them with the finest amenities. Shahrukh Khan, for example, is a well-known celebrity.

The support of his real-life queen, Gauri Khan, has always been there for him. Their new home, Mannat, was named after them because it fulfilled all of their hopes and desires.

As one of Mumbai’s most recognizable landmarks, the Shahrukh Khan-owned Mannat is currently on the market for an eye-popping Rs 200 crore. That concludes our discussion of the Khans.

Despite living in Mumbai for many years, the actor has never forgotten where he came from. Shahrukh Khan’s Delhi home has a particular place in his heart, so he collaborated with Airbnb to give access to his admirers.

Shah Rukh Khan shared the news with his Instagram followers, explaining that his wife Gauri Khan had remodeled the property to accommodate guests who would call it their home from time to time.

Shahrukh khan’s Delhi home is in a superb position, then nothing less can always be expected from Bollywood’s King.

The address of Shahrukh Khan’s Delhi mansion has undergone a great deal of transformation.

Although SRK humbly began his career, he has since become a household name in India and around the world because of his work in Bollywood and his devotion to his fans.

He went to St. Columba’s School in New Delhi, which is regarded as one of the best in the country (No. 1, Ashok Place, Bhai Vir Singh Marg near Gole Dakhana near Gole Market in New Delhi, Delhi 110001).

When Shahrukh Khan was working as a soap actor in Circus, he lived in a house in Delhi.

All of Shah Rukh Khan’s Delhi residences are listed below –

Ans – In 2001, SRK purchased Villa Vienna, which had previously been known as Villa Vienna.
Jannat was his original intention, but Mannat was the name he finally settled on since it was all he had hoped for.

2. Mannat’s current pricing is how much?

3. Why did SRK leave his previous residence?

4. What is the cost of the Mannat Shahrukh khan house?

Ans – The legend, Shah Rukh Khan’s House Mannat is a 200 crore house with a splendid interior.

5. Where is Mannat Shahrukh khan’s house?

Ans – Shahrukh Khan’s house can be found at this address:

This is Shahrukh khan’s house address.

Shahrukh khan’s presence on the silver screen has been unmissable for over three decades. Shah Rukh Khan house, Mannat House is reportedly Shahrukh Khan’s most expensive purchase and it is valued at Rs 200 crore. Mannat is a famous tourist spot and a heritage building. 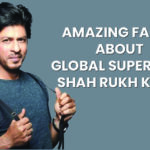 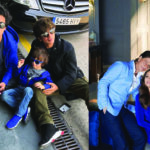 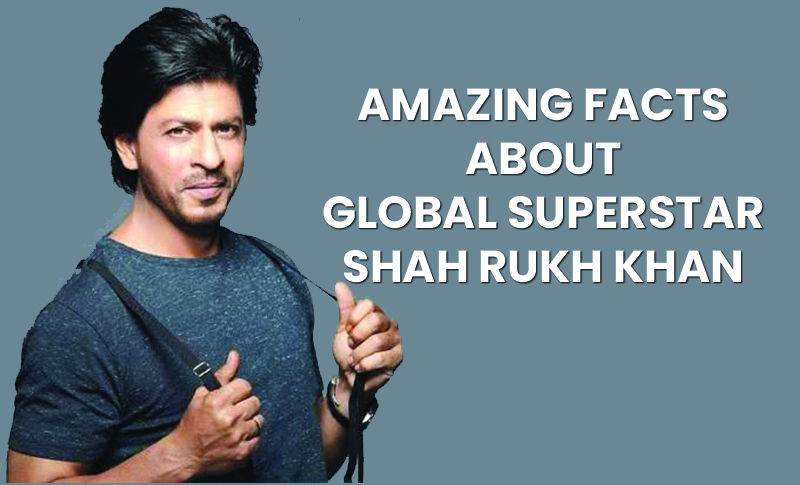 Mannat - A Dream Destination For All SRK Fan 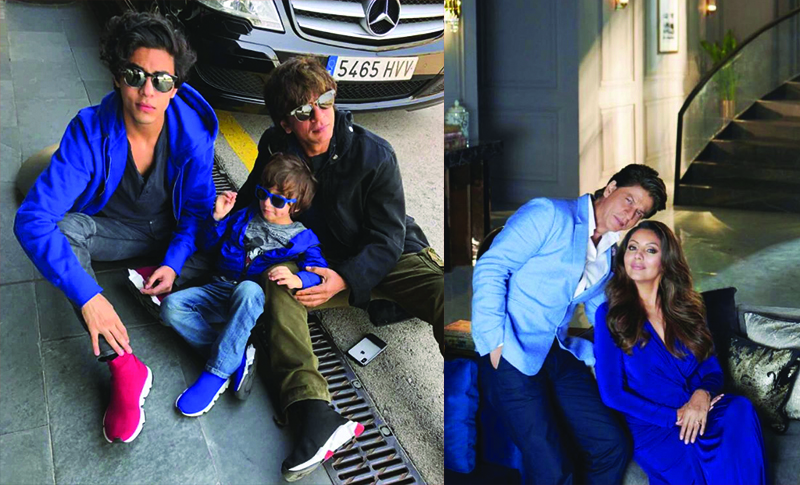